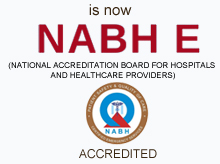 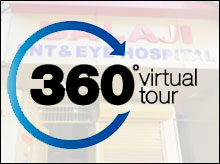 
What is Femto Lasik?
Femto Lasik is one of the latest developments in laser eye surgery for correction of refractive errors, and enables better safety, accuracy and patient comfort.

What are the indications of Femto LASIK?

What are the complications of this surgery?

Dry Eyes: Artificial drops are recommended for a few months after surgery

Infections: Since the flap is open for a very short time during Femto Lasik, the chances are highly reduced.

Temporary halos, glares, double vision or reduced night vision, which reduce as the eye heals. The chances of developing these complications are reduced greatly thanks to the precision of the flap being cut.

1. Why should I choose Femto Lasik over Lasik?
Femto Lasik has the following advantages:

In severe cases: Since the flap created by the laser is very thin, Femto Lasik allows for the treatment of patients who were previously not suitable for Lasik specially those with higher refractive errors or thinner corneas

Safer: The laser creates an evenly shaped flap with uniform thickness in the centre and periphery. This greatly reduces cut-related complications.

2. How long will it be before I see clearly again?
Your vision will be blurry for a day after the surgery. Then, as your cornea heals, your vision will start getting clearer. Depending on your body's rate of healing, you can achieve clear vision within 4-6 weeks.

3. I was advised against LASIK because of my thin cornea. Can Femto Lasik help me?
Yes, the precise Femto lasik technology makes it possible to create thin flaps and hence treat people with thinner corneas too.

4. If Femto Lasik is a new technology, are sufficient long term studies available?
While Lasik has been around since the 1990's, the first femtosecond laser for bladeless LASIK received FDA approval in 2001. Femto Lasik surgeries have been performed on millions of people around the world since more than a decade. This is just an advancement over previous Laser surgeries and takes into account the bases and experience of all the earlier methods.