Mastoidectomy
Aim of this operation is to eradicate the disease from mastoid air cell system. Mastoid air cells are behind the ear. They act as ventilating path of the middle ear air space.

Sometimes Mastoid air cells system gets infected due to disease in middle ear then Mastoidectomy operation is done where in the external ear, middle ear and mastoid is converted into one single cavity called Canal Wall down Mastoidectomy.

Sometimes it can be done with ear drum repair surgery to establish patency and middle ear ventilation system in which posterior canal wall is kept intact. Then it is called Cortical Mastoidectomy.


They are connected to each other. Sound waves striking the Ear pinna, passes through the external ear. It strikes the Ear drum from where they are transmitted to inner Ear (Cochlea) via these Ossicles. These Ossicles in addition to transmission of sound waves also amplify the sound waves. They either get destroyed because of disease or sometimes fixed and they do move freely.

Ossicular reconstruction is done as part of Tympanoplasty surgery or Mastoid surgery where Ossicles are damaged. This can be done mostly in same time or sometimes when there is extensive disease as ‘Second- Look Procedure’.

Different materials like Teflon, Cartilage, Titanium, Gold can be used for Ossicular Chain Reconstruction. When Ossicular chain is only fixed, not damaged, then it can be mobilized by implant (Artificial Prosthesis) i.e Stapedectomy surgery.

Stapedectomy
Stapedectomy is surgery when in the Stapes bone is fixed to the oval window i.e. opening of Cochlea by new bone formation due to which sound conduction gets affected causing decreased hearing. Here Teflon or Titanium piston is used after removing the Stapes thereby giving normal hearing to the patient.

Intratympanic (Middle Ear) Injection
This is given in condition of sudden sensoring hearing loss, Tinnitus, Meniere’s disease where in steroid injection or injection of Gentamicin Amikacin is given in middle Ear via Ear drum for perfusion in inner ear through round window thereby improving hearing and giving relief from Vertigo and Tinnitus. 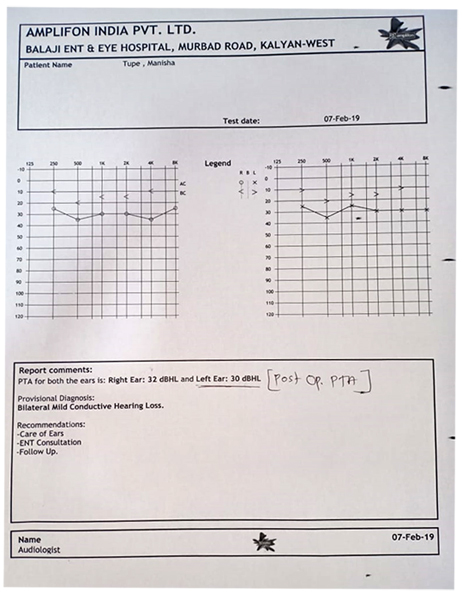 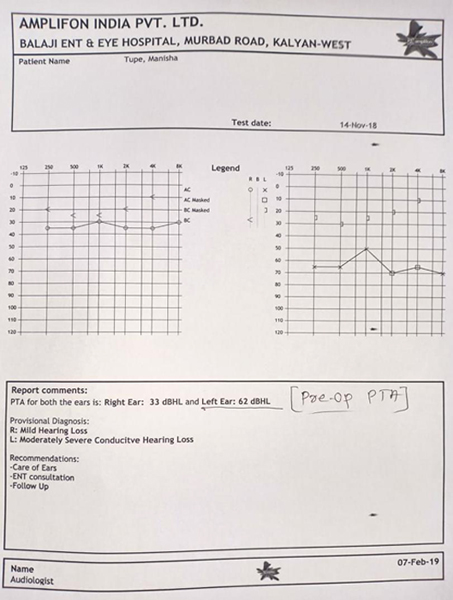